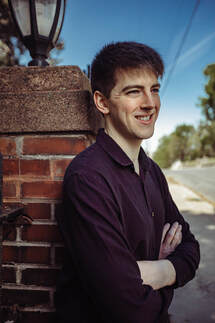 Based out of St. Joseph, MO, Brent Isom is an active part of the Missouri-Kansas music scene. He makes regular solo appearances at a variety of venues and events and plays guitar full-time for popular KC cover outfit the Ronni Ward Band. Notable performances include Starlight Theater, private events for state government officials, and the concert series at Village Presbyterian Church. He has taken part in numerous pit bands for musical productions by the MWSU theatre department, Robidoux Resident Theatre, and several area high schools. Because of his training in classical music, jazz, and popular music, he is versatile across a range of styles. He holds a Bachelor of Music with a music technology concentration from Missouri Western State University, where he spent five years studying guitar under the instruction of Anthony Glise and Jason Riley. He has continued studying guitar and jazz improvisation with renowned guitarist Brian Baggett. In addition, he has studied voice in the studio of Shaun Agnew and Dr. Paul Hindemith and taken private lessons in piano and composition. Brent serves as worship leader for New Harvest Baptist Church in Agency, MO, where he is weekly responsible for preparing, arranging, and composing music for the Sunday morning service.

As well as a performer, Brent is also an active teacher and composer. He has taught private lessons since 2007 and is currently a guitar, voice, and piano instructor at Lanham Music and the St. Joseph Arts Academy. His students have found success in their endeavors and have gone on to participate in various church, school, and community music programs and events. He is also the worship leader for St. Joseph Christian School and oversees the students of the chapel worship team as they rehearse and lead worship. As a composer, Brent's works include a score for a short film, chamber music, and dozens of songs, some of which are sung regularly at churches. His music has cultivated thousands of plays on Spotify and also received airplay on SJMF Radio and 90.9 the Bridge. In 2018, Brent began recording his debut EP entitled Eternity under the direction of Mark Elting at Spot-On Audio Recording in St. Joseph. Eternity features five original songs and was released June 1st, 2019.